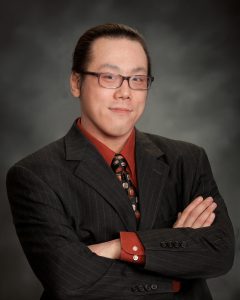 Kevin Wong (he/him/his) is the Program Coordinator for the APIDA Student Center. He earned his Bachelor of Arts in Political Science from UW-Madison in 2015, and since graduation, he has worked for a few years in the private sector as a paralegal and then back at the University of Wisconsin Survey Center as a research coordinator. As the son of Taiwanese immigrants, Kevin is a second generation American who identifies as Asian American, and he looks forward to leveraging the intersectionality of his personal identities as it relates to this dynamic to further the mission of the APIDA Student Center.

Here at the APIDA Student Center, Kevin is excited to contribute skills from a variety of experiences including: serving as an instructor and facilitator for Sociology 496 InterCultural Dialogues as an undergrad, serving as a member of the Leadership Team for the Our Wisconsin Program, and co-coordinating the 2021 UW-Madison Diversity Forum’s featured panel session (The APIDA Community in Wisconsin: Our Lived Experiences on Campus and Beyond), where he also served as a panelist. Kevin is currently also serving as the President of the Wisconsin Alumni Association’s APIDA Affinity Group.

In addition to the administrative and operational roles of the Program Coordinator, Kevin seeks to be an advocate for and partner with this great community of students as they make their lasting contribution to the young and bright legacy of their APIDA Student Center.

Kevin’s likes include: listening to music, eating, playing Dungeons and Dragons, and getting together with some friends for a “book club” where it’s possible that they spend most of their time not actually talking about the book. His dislikes include: writing about himself in the third person.