A historical timeline of the Black Culture Center from 1968 to today. 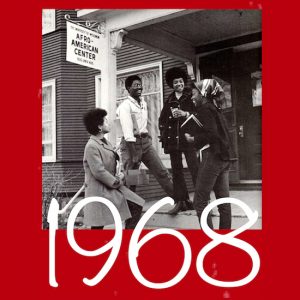 The Center for Afro-American and Race Relations was established within the College of Letters and Science in October 1968. The Center’s purpose was to encourage the development of Afro-American studies and to advise undergraduates interested in this area. The Center was located at 929 University Avenue, and was established by Chancellor William Sewell at the request of a faculty committee on the Studies and Instruction of Race Relations. Mrs. Suzanne Lipsky served as the acting director from 1968 to 1969. She earned her B.A. degree in International Relations at Sarah Lawrence in 1960. Before the establishment of the Center, she was affiliated with the UW Office of International Studies and Programs.

Her objective for the Center was to fulfill three main functions: 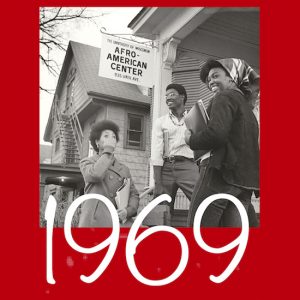 After respectfully declining the student request to serve as Director of the Center, Toni Morrison recommended Charles Elrie Chrite for the position. Chrite, who spoke of himself as an ombudsman, communicator and an activist, not just administration, served as the director of the Afro-American Center located at 936 University Avenue from 1969 to 1970.

The Center staffed about twenty five, including fifteen work-study students. There were four regular staff members including a Librarian, Secretary, and an Assistant Program Director (Alderman Eugene Parks, Ward 5), and Chrite.

Born in Chicago, Chrite began his college education at Notre Dame in 1952 and received his Masters in Social Service Administration from the University of Chicago in 1961. Before his time at UW-Madison he worked at an Afro-American museum in Detroit, followed by serving as a consultant to Dean Epstein of the UW College of Letters and Science until his approval for the position by the Board of Regents.

Chrite focused the center on three areas: social activities, education through support services and tutorial projects for Black students under the direction of Graduate Student Evrima Janha. Most importantly, the Center served as a clearing house of Black thought and opinion for faculty, students, and all Black people addressing social and political problems. Chrite emphasized that the Center would speak with a clear and strong voice of the people and for the people. 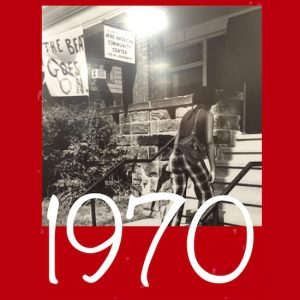 Using Sellery Hall as a place to strategize their efforts, students marched to the Chancellor’s office, then straight to the Afro-American Community Center located at 1120 W. Johnson Street. Upon their arrival, students presented Director Eugene Parks (Alderman, Ward 5) and Assistant Director Horace Harris with a list of demands, one of which included Parks and Harris step down from their positions, and a new Director be appointed. The new Director, Samuel L. (Kwame) Salter Jr. served in this position from 1970 until the Board of Regents reallocated the Center’s funding, and it closed on August 8, 1973.

The closing of the Afro-American Community Center and the Native American Cultural Center resulted in numerous campus-wide protests. Students began to interrupt Board of Regents meetings, boycotted classes on September 17, and led numerous marches to restore funds and support new centers for Latinos and Asian-American students. 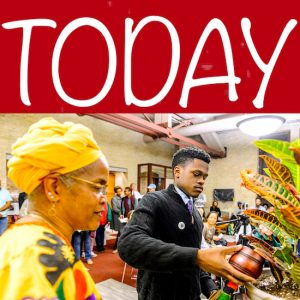 Unjust and fatal acts of violence against Black people at a national and local level contributed to a rise in racial tensions at UW-Madison, a trend also seen at college campuses across the country. The campus climate directly affected Black and African-American students’ academic performance and retention, and also led to an increase in individual, student organizational and community organizing.

Throughout Spring 2016, there were several large-scale student-led protests and actions drawing attention to the campus climate for Black students at UW Madison. They included marches, reminiscent of the Civil Rights Era, and a “die-in” at College Library. Consequently, a working group of students, faculty and staff spent several months developing an initiative to positively impact the campus climate. The initiative would create a space for Black and African-American students that would include a multi-use facility, designated staff, and committed programming to enhance the experiences of Black and African-American students at the University.

On Wednesday, May 3, 2017, the Black Cultural Center hosted its grand opening celebration. Programming that celebrates the contribution of Black culture to the Wisconsin Experience took place the entire day. The day’s events included a visual timeline walk through with Harvey Long, the premiere of the film “Voices” by Marquise Mays, a coffee break and Adinkra printmaking with Wheelhouse Studios, a student showcase featuring the University Gospel Choir, ROOTZ Afro-Caribbean Dance Group, First Wave, a NPHC Unity Step, alumni, activists, elders panel and a community meal. Over 500 attended throughout the day and 300 t0-shirts and trinkets were given away to commemorate the opening of the new space.